The Arabic Language: Why it is useful and How You Can Learn It 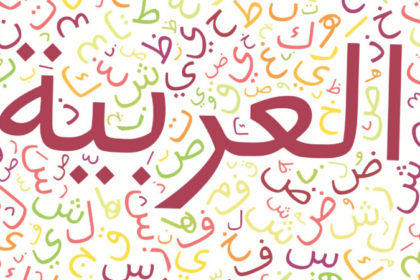 But first, let’s take a closer look at the Arabic language:

Among Arabic’s many unique features is that it is comprised of numerous diversities and different dialects, but yet it is still considered one single language. That being said, Arabic has approximately more than 400 million speakers all over the world who use different dialects. In the modern Arab world, the Jordanian dialect used in Jordan is one of the most useful dialects an Arabic student can learn and is also one of the easiest, as it is the closest dialect to the formal Arabic language ( also known  as Fus- ha),  and can be understood by any Arabic speaker around the world.

Since it evolved and came into existence, Arabic has experienced a lot of changes and additions in terms of vocabulary and grammar. Moreover, throughout the centuries, the Arabic language has embraced words from several other languages in the world. Most of these borrowed words come from the Hebrew, Aramaic, Persian, Greek, English and French languages.

Remarkably, Arabic has not only taken words from other languages, but has also loaned many of its words, phrases, terms and grammatical rules to the other famous and commonly used languages of the world. Some of these include Turkish, Bengali, Hindi, Indonesian and the Tagalog languages.

Today, as a result of the current socio-political circumstances of the world, the Arabic language has become crucial language in matters related to the world’s most prominent political affairs.

It Is Easy To Learn the Arabic Language!

Learning Arabic is beneficial in many ways.  If you are looking to expand your professional opportunities, learn about a new culture, or interact with the growing number of Arabic speakers, then it’s time to learn the language and most importantly, you should start practicing it with other native speakers.

However, there is a misconception among people as they tend to believe that learning the Arabic language is actually difficult and a challenging thing. Unfortunately, due these negative myths and inaccuracies associated with the learning of this beautiful language, a lot of individuals do not even consider learning Arabic and they miss out on a great opportunity to learn one of the most common and valuable languages of the world.

The four most common fallacies about learning Arabic words, the Arabic alphabet and the Arabic script are:

If you have heard any of these common misstatements and this has made you ignore and resist fulfilling your dreams to learn the language, then we have some good news for you: The news is that none of these statements are accurate and are mere fallacies that are far from the truth.

First of all, the Arabic language consists of a set of only of 28 alphabet letters. What’s more, these Arabic letters are all joined together. Also, there are actually only five basic shapes of all these letters that makes writing them down ridiculously easy. Writing goes clockwise; that is from right to left for the letters except for one, i.e. the male name Hamza which is anti-clockwise. Additionally, writing in the clockwise direction is much more comfortable for the hand than writing left to right for most people, and is also easy because writing Arabic pushes your pen instead of pulling it.

Secondly, there are only two or three sounds in the Arabic language that are not found in English. However, this does not mean that non- Arabic speakers cannot pronounce them. In fact, they can be learned very easily through repetition and practice.

But what about the fact that Arabic has a large vocabulary?  Well, yes it is true that  the old classical Arabic has a very multifaceted vocabulary, however,  the vocabulary of Modern Standard Arabic is not at all complex and as large. Moreover, it is equal in complexity to the vocabulary of any other modern language and its verb system is also quite informal.

To sum it up, learning the Arabic language is actually easy and enjoyable. But don’t take our word for it, go ahead and see what we are talking about for yourself.  We suggest you pursue your dream of speaking Arabic fluently.

Now that you are ready, what are you waiting for? Our online Arabic teaching portal will guarantee you accomplish your dream and will absolutely exceed your expectations. The best part of the Shurfah experience is that you will learn Arabic and practice it from the comfort and convenience of your own home at inexpensive costs.

Start your Shurfah adventure today and fulfill your language wishes!