The Arabic Alphabet: A Beginner’s Guide 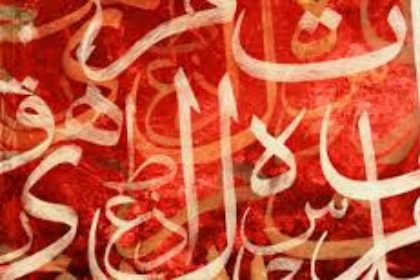 The Arabic language has become one of the most popular and common languages in the world. Today, it is spoken in 22 Arab countries with more than 300 million speakers worldwide. This has made Arabic an international language, and one that is certainly worth learning.

Learning the Alphabet is the first point of entry into any new language, and Arabic is no exception.  If you want to learn the Arabic language, the best place to start, (after learning a few Arabic words and phrases), is by learning and memorizing the Arabic alphabet.

So, what’s the best and easiest way to learn the Arabic alphabet?

The first step to learning the Arabic alphabet is to start by breaking it down into individual steps.  The reasoning behind this golden rule is that learning an entire alphabet of any language can be tough if we try to memorize all the letters at the same time.  Simply put, our brains are not made to keep more than 7 new items stored in our heads, all at one sitting and all at the same time. Therefore, the easiest, most logical and most effective learning approach is to start by learning the Arabic alphabets, letter by letter and with a lot of practice in -between

Before you start learning the Arabic alphabet you should keep a few things in mind.  Firstly, the good news is that Arabic is a phonetic language, meaning it is pronounced exactly like it’s written.  Moreover, Arabic doesn’t have a case distinction. There are no upper case or lower case letters and this makes learning the language much easier than learning other popular languages such as English.

Additionally, few Arabic alphabet letters signify sounds which have no English equivalents. Nineteen of these letters from the Arabic alphabet have corresponding letters in English but nine of them do not. The letters that do not have English counterparts are : ( ح – خ – ص – ض – ط – ظ – ع – غ– ق ) Fortunately, 5 out of those 9 : ( ص – ض – ط – ظ – ق ) have 5 Arabic sound-mates ;  ( س – د – ت – ذ – ك ) and these sound-mates have English equivalents.

This leaves us with only 4 letters (ح – خ – ع – غ) that will sound unaccustomed to you. These letters/sounds can frighten new Arabic alphabet learners, so don’t let them scare you.

The Arabic Alphabet is separated into two collections called the Sun letters (Shamseyyah) and moon letters (Qamareyyah) based on whether or not they integrate the letter Lam (ل) of a former definite article “al” (ال). An example of a sun letter: al-shams (The sun) which is actually pronounced as a-shams while written as al-shams.